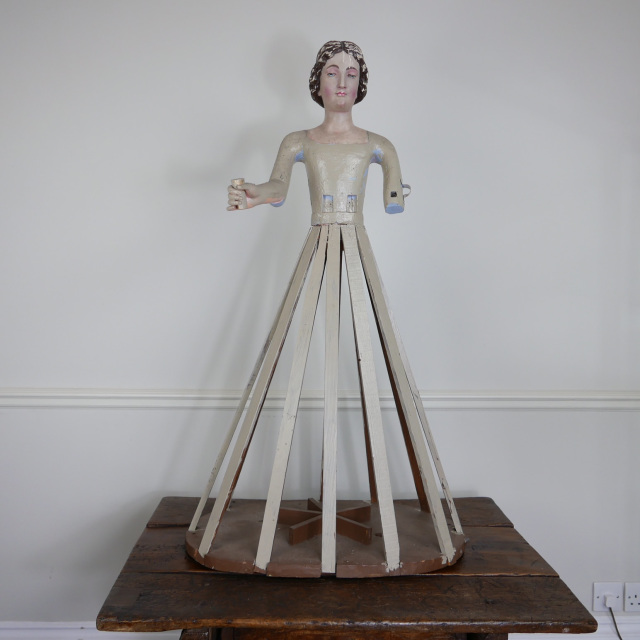 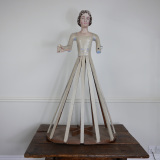 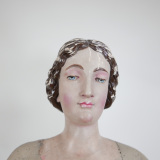 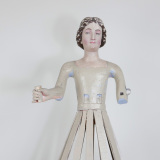 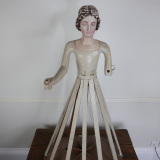 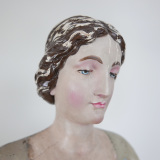 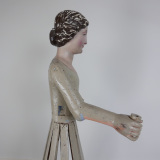 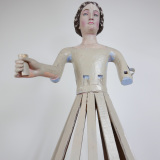 Losses consistent with age. Repainted at some point.

The Santos dolls take their name from the Spanish word for Saint, and are also known as Santons (French) and Santibelli (Italian). The Santos that started the genre of dolls we currently represent (primarily Spanish Colonial and Western European style), were originally started as copies of 17th century carvings by priests.

Originally, Santos were created for use as in-home altars. They were needed in small villages that did not have a priest, as well as for when it was not possible to travel to church, such as during times of war. Their development flourished in Europe in the 1700's and 1800's, primarily due to these wars.

Delivery can be arranged at cost - collection can be made from KT6 4RH.